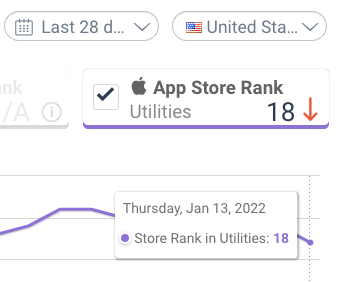 DuckDuckGo Reaches 100B Searches, But Growth Is Slowing Down via @sejournal, @MattGSouthern

DuckDuckGo celebrates a milestone of 100 billion total searches, but the search engine’s year-over-year growth is slowing down.

In an announcement on Twitter, DuckDuckGo highlights the fact it hit 100 billion private searches, noting:

Thanks to you, we’ve hit 100 billion all time private searches! https://t.co/qlSaz4j9ZH

That’s 100B times:
• Your search history wasn’t a data point
• What you searched (like cat memes) was your business & only yours
• You recognized your right to privacy & chose it!🤗 pic.twitter.com/HyvMOBK26E

If you dig into the numbers, however, it’s evident the selling point of the private search engine is losing its appeal.

That’s the slowest rate of growth for DuckDuckGo in the past five years, and a steep drop from the growth it experienced in 2019 to 2020.

In the years before that it was hitting over 60% growth.

Here’s a breakdown of DuckDuckGo’s growth in daily searches:

At the very least, DuckDuckGo sustained the growth it achieved from 2019 to 2020 and increased it by a small margin.

That’s a positive thing compared to a year-over-year decrease in daily search volume.

Last January, all signs were pointing to DuckDuckGo’s popularity growing like never before.

Not only was search volume up over 50% year-over-year, but it hit #1 in the iOS App Store in the Utilities category.

DuckDuckGo even cracked the top 10 in the iOS App Store among all apps.

It’s sitting at #18 in the Utilities category, and is so low among all apps that the data isn’t available. Last year at this time, DuckDuckGo was the #2 mobile search engine in the US.

This year it lost the #2 spot to Yahoo. Now, DuckDuckGo is the third most popular mobile search engine among US searchers.

By all measures, DuckDuckGo is losing steam.

It’s possible that the search engine is suffering from lack of innovation.

There were no notable developments from DuckDuckGo last year, other than the company announcing plans to launch a desktop browser.

Another possibility is that protecting one’s privacy on the web isn’t of great concern to that many people.

The data suggests there’s a finite amount of users who care enough about privacy to change their search behavior, and perhaps DuckDuckGo has reached a majority of those individuals.

As much as DuckDuckGo touts the importance of online privacy, it can also be a hinderance when it comes to the quality of search results.

This is especially true when it comes to local searches. Since DuckDuckGo doesn’t know your exact location, its search results struggle to provide the same value as Google’s local SERPs.

Let’s see if the 100 billion milestone encourages DuckDuckGo to continue building on what it has already created and offer more to searchers.

How To Use Instagram Reels: A Step-By-Step Guide via @sejournal, @MattGSouthern