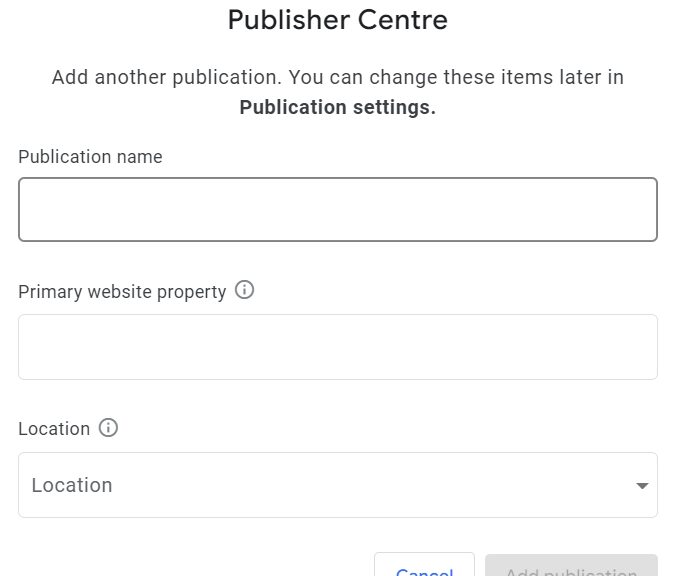 Google News has been around for two decades.

And now more than ever, the internet is many people’s primary news source.

Gone are the days of buying a newspaper in your local shop to get the day’s news. Now, we have multiple news sources at our fingertips.

With multiple perspectives on current affairs.

There hasn’t been a better time for publishers to feature on a news aggregator than today.

Although there are other online news aggregators, such as flipboard.com, upday.com, and even Apple News, Google News is still the leader, according to Parse.ly’s top 10 external publisher referrers.

Many publishers recognize this and are optimizing their news content for Google News.

But before you get too carried away about the traffic honeypot potential of Google News, there are several pitfalls to avoid if you truly want to optimize your site for the aggregator.

We’ll explore these mistakes and provide tips on how to get the most out of Google News.

But first, let’s get the basics out of the way.

What Is Google News?

Google News is a news aggregator developed by Google.

It was launched in 2002 to help users discover the day’s news from multiple news outlets in their region and beyond.

The aggregator compiles news from various sources on the internet and issues them in both mobile and desktop searches.

Why Is Google News Important For Publishers?

Much of the incoming traffic of digital publishers comes from external sources.

These include search platforms, links from other sites, social media, social shares, etc.

And since Google News is one of the biggest news aggregators, it’s a huge potential source of traffic for many publishers.

Today, Google News accounts for about 4% of publishers’ traffic sources.

Think of it as this massive referrer with incredible reach.

Thus, sources trying to get as much traffic as possible want to be listed as snippets in Google News.

How Does Google News Work?

On the user’s side, the goal is to provide as much diverse, relevant news content as possible.

Google’s algorithm determines what shows up in whose feed.

And then personalizes it based on the user’s Google News settings and past Google activity.

It’s only in a few specialized cases where Google News teams choose the stories.

As for the publishers, it’s all about the traffic.

The aggregator has various features that let users learn about and engage with a news site.

For example, a publisher can submit a URL or feed through Google’s publisher center.

However, doing that doesn’t guarantee the news site surfacing or ranking in Google News.

The aggregator will also feature publishers it finds through Google’s standard web crawl.

This is why optimizing news platforms for Google News is crucial for many people.

Do Not Make These Google News Optimization Mistakes

Accelerate Mobile Pages, better known as AMP, is an open-source project launched by Google in 2015.

It was Google’s brainchild to boost the slow performance of publishers on mobile devices.

At the time, this initially sounded enticing for publishers since mobile traffic was well on its rise, and traditional news publishers were struggling with the re-development requirements of the mobile web.

But Google didn’t exactly take the diplomatic path with the framework.

Between 2015 and 2021, publishers had to adopt AMP to appear in Google’s Top Stories on mobile.

Those who didn’t comply simply lost out.

Those who did got the traffic.

However, they also had to deal with the restrictions of adopting valid AMP.

Now, as proven, you don’t need AMP to get featured in Google News.

And with Google News sending users directly to publishers’ websites, it’s time to ditch the framework and focus the time and resources on other aspects of your SEO.

2. Thinking That Google News Is Just For News Publishers

Before December 2019, a publisher needed to tweak their website to match specific requirements and fill the relevant online forms before letting Google review it.

Then, if all went well and Google believed them to be an actual publisher, their application would be approved, and the site would appear in Google News and Top Stories.

When the new Publisher Center rolled in, things changed.

The “official” word is that Google considers sites with high-quality content that comply with Google News content policies.

This inclusion process means a website doesn’t necessarily need to be a news publisher to get into Google News.

As long as they tick all the right boxes, they can appear in Google News and Top Stories.

But getting into Google News is a lot harder than the explanation in the official guidelines.

3. Thinking Google News Is The Same As Top Stories

If you look up a current topic on Google Search, the top news results will be listed prominently as part of the “Top Stories” box in the organic search results.

Many people think that this box is the same as Google News.

Rather, Top Stories is a feature of Google Search, the engine, not Google News, the aggregator.

Google News has policies that it expects its publishing partners to adhere to. For instance, the content shouldn’t violate Google’s guidelines of dangerous, deceptive, hateful, harassing, medical, terrorist, and sexually explicit content.

There are also policies on manipulated media, violence and gore, and vulgar language and profanity.

There are also feature-specific policies on ads and sponsored content and transparency.

And in the spirit of transparency, news sites should provide precise dates and bylines, contact information, and information about the authors, publication, and publisher.

These are just a fraction of what Google News expects from you.

As you optimize your page, ensure that you’ve read and understood the aggregator’s policies. If you fail to do so, the algorithm will kick you out.

Google did away with the manual inclusion process in favor of an automatic one.

In the same update, they launched the new Publisher Center.

And although you can appear on Google News without being a Publisher Center-approved site, you shouldn’t ignore it.

The Publisher Center offers many features and benefits crucial to your search engine rankings.

One such feature is the ability to manage multiple news publications under one organization.

Google Publisher Center is also the key to making your content more visible on Google News.

Significant changes to your publication, like ad implementations, CSS overrides, manager-only sections, and unpublished publications can interfere with the user experience.

Therefore, you don’t want to be making such changes live without first testing them.

To avoid this, use Google’s Designer Mode to test changes to your publication.

Optimization Tips To Get The Most Out of Google News

Google can automatically add publishers who meet their content criteria to Google News.

But just because you’ve done everything right doesn’t mean you will be selected.

This is why manually submitting to Google News still has some utility; it increases your chances of appearing in Google News.

To set up your organization: You’ll need to provide some basic information on your publication, including the name, website property, and location.

A new main screen will appear once you’ve created your publication.

To verify your content and URL, click on Publication Settings on the main interface and fill in all the available options under the General tab.

Then, click on the Visual Styles tab to add your publication’s logos. Save your information.

Return to the main interface and click on the Google News box.

Here, you can design, brand, and customize your publication for Google News.

Review and publish the details.

You’ll also need to verify that the site is yours via Google Search Console.

If you’re using the same Google account on both, just add your website’s URL and click verify in Search Console.

But there are limitations.

For instance, Google says that having sponsored content is acceptable as long as:

But unlike in 2013, when it was recommended to block sponsored content from Google News, there is no reference that you still need to do that in their policies.

You do, however, need to nofollow external links on sponsored content.

But you can still let Google News index commercial content. This was confirmed by Google in this tweet, as well as on Twitter with Danny Sullivan, Google’s public Search Liaison.

Once you’re on Google News, there are several best practices you need to succeed.

Google News uses crawlers to scan pages and determine the correct headlines for your articles.

So, they need the right signals to display accurate titles from your content.

Check out Google’s best practices and their guide on providing the correct published date.

Tip: Don’t forget to constantly remind your writer/colleague/journalist friends to include the keyword in the headline!

As for the times and dates, Google News wants you to be accurate and precise so they can get it right.

You should show one clear date and time stamp. The best place for this is usually between the headline and the article text.

Use structured data, i.e., datePublished and dateModified schema with the correct time zone.

Tip: Google will tell you not to artificially freshen stories. Artificial freshening refers to giving an article a fresh date and time without adding significant information.

However, savvy News SEO experts such as Christine Liang from the New York Times will teach you the benefits of keeping the timestamp fresh.

And also recommends using the rel=”canonical” tag for syndicated content.

The issue only really arises when you have internal syndication across sister sites. For that, the rel=”canonical” tag can be very effective.

Shelby Blackley of Mashable explains this in her guide on how to handle wire stories for SEO.

Being transparent about your publication, authors, and content, following E-A-T best practices, and encouraging journalists to have good author bios can go a long way.

You should also make sure that the website is secure with HTTPS.

Google discourages publishers from participating in link schemes. Instead, read Google’s guide on how to qualify outbound links.

But for the most part, when working with a news publisher, it’s not the editorial team you need to worry about. Make sure the commercial team is adhering to these guidelines.

It’s also crucial to track your performance on Google News.

Fortunately, that is relatively easy, thanks to the dedicated performance report within Search Console for Google News publishers.

The performance report will show your total impressions and total clicks.

It will also show how each article performs on Google News and how user behavior varies by country.

Content: The Fuel That Runs Your Marketing And <a href="https://tunedupmedia.com/search-engine-optimization/">SEO</a>