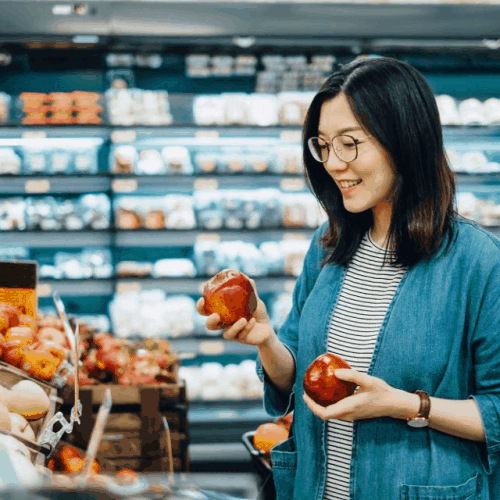 Every year CES showcases the cutting edge of technology and the direction of the future. This year’s CES did not disappoint. From January 8-11 at the Las Vegas Convention Center, we saw some of the biggest ideas in tech over the past couple of years, like augmented reality, blockchain and AI finally start to come into fruition for consumers — and then there were the flying cars!

Once the concepts on display at CES get rolling out, I believe they’re going to revolutionize the way we move, shop and consume entertainment. Check out some of the biggest ideas from CES 2019:

Augmented reality is a sci-fi staple that we’re finally seeing enter reality from the page and screen. Mainstreaming AR has the potential to lead to exciting new business models. Imagine virtual fitting rooms, targeted digital ads projected onto physical space and ways to buy products based on real-world context.

While many big players currently have AR products in concept level or production, many are bulky, heavy and have wired headsets that aren’t exactly things you want to be seen in, even if they help you see so much more. This has been one of the suggested impediments to mainstreaming AR’s adoption.

At CES, Chinese startup Nreal debuted sleek and stylish AR glasses. The glasses, powered by the Qualcomm Snapdragon 845 processor, let you do all kinds of cool things like gaming and watching movies with a 1080p display. Vuzix has also revealed a slimmed-down version with its Blade AR glasses.

It’ll be exciting to see where this mix of powerful technology and style will take us.

Your Home Will Soon Know How You’re Feeling

Soon it won’t just be up to the intuition of family members and pets to know how we’re feeling when we get home. Our homes themselves will be able to tell us using artificial intelligence. This will provide a deeper level of data about ourselves and our well-being than is available with current metrics, like online searches and Social Media activity.

At CES, Panasonic debuted an AI system with sensors that track your posture, heat map, pressure and even smell to deliver you a personal relaxation score.

Once this innovation goes mainstream, I believe it will change e-commerce and advertising. Think about it: It would be easier to deliver the right products and services that responsively address contextual and real-time consumer needs rather than inferring their wants indirectly.

Panasonic hasn’t announced the integration of the emotional AI technology in any of its product lines yet. But it’s not hard to imagine life with speakers that know to play relaxing music, or massage chairs that automatically target your tensest points, to reduce your stress.

While there is a certain creepiness to our homes knowing more about our emotional state than our significant others or maybe even ourselves, if it also means AI massages melting away our stress, it could be something we could all get behind.

Everything You Eat Will Be Traceable With Blockchain

When you see a food label that says something like “organic,” “fair trade” or “GMO-free,” you may ask yourself how to authenticate those claims. It used to be laborious for companies to track their own supply chain, and often downright impossible for consumers. Soon, it’s possible that everyone will be able to track their food from the source to the store in seconds with blockchain.

IBM is teaming up with big food companies and other select brands to “develop a blockchain for the food supply system.” Their efforts were on full display at CES 2019.

In the State of the Industry keynote address, IBM CEO Ginni Rometty brought out Walmart EVP of Food Charles Redfield to discuss how blockchain is revolutionizing food supply chains, making food safer and supply chains more transparent. Using the IBM Food Trust blockchain network, members of the supply chain and consumers can track every step that a food item takes, from the farm all the way to the store.

Redfield noted that, while it used to take a whole week to track mangos from Walmart to the farm, it can now be done in 2.2 seconds with blockchain technology. And the next time there’s a food safety outbreak, the CDC wouldn’t have to spend months doing “food forensics.” The source could be identified and all contaminated products removed from the market right away.

By bringing our food supply to the blockchain, we can make sure our food is as safe, healthy and ethically sourced as it claims to be.

Flying cars have been something of a technological holy grail since before the Jetsons were zipping around the sky.

The personal flying car might not be here yet, but the Bell Nexus, which is looking to hit the skies by 2023, might be the closest that we’ve come yet. It has six giant fans that keep it in the air, seating four passengers and a pilot. And while you probably won’t be able to replace your Tesla with a Nexus anytime soon, Bell has partnered with Uber to bring flying taxis to consumers with Uber’s Elevate air taxi program. Uber is aiming for a price similar to current ride-sharing costs. So, while you might not be flying as part of your everyday commute, it should still be within reach for special occasions.

The Nexus isn’t bringing us into the world of the Jetsons, but it could become the 21st century version of the limo.

At CES 2019, we didn’t see some of the giant breakthroughs that we’ve witnessed at previous shows, but we did see many steady advancements from concept and prototype to near reality. In a few years, you might be sitting in a flying limo, munching on some blockchain-traceable snacks or reading articles like this on your AR glasses, while your emotion-sensing seat massages you to relieve your stress.

Want To Grow Your Business? Try These Four Marketing Pivots