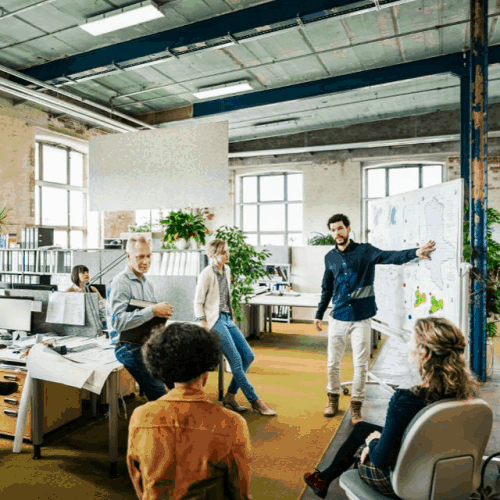 You know the feeling: You’ve just left a meeting in which everyone has discussed a pressing issue, considered the pros and cons, and arrived at a plan for moving forward that everyone can agree with. You feel accomplished. You feel like your team is in harmony. You’ve achieved consensus. Hooray!

Except you might want to hold off on your celebration. As advertising sage David Ogilvy once said, “Search all the parks in all your cities. You’ll find no statues of committees.” Mr. Ogilvy, of course, was emphasizing the importance of the individual in moving unique ideas forward — and slyly denigrating decision-by-committee.

In most organizations, consensus decision making is the default. Unfortunately, a lot of evidence, both scientific and anecdotal, is beginning to ask whether consensus is as valuable as once assumed. To go further, is consensus the quickest way to kill innovation? I’ve put together three thought starters around why we value consensus, and how (and why) to kill consensus before it murders innovation.

1. Consensus feels safe. Safety is the opposite of innovation.

Put simply, disagreement feels dangerous to many people. New brain imaging research shows that those who rarely disagree with the opinion of larger groups experience greater anxiety and heightened mental stress when faced with conflict. This biological fact can often lead groups to a premature agreement, leaving more interesting ideas or approaches unexplored. When everyone “agrees,” the tension goes away, and we can move on to the next item on our to-do list.

So how do you break the consensus habit? Try working backward. Once your team has agreed on a way forward, ask them to backtrack and come up with three approaches “as if they disagree” with the conclusion you’ve all just reached. Chances are, there’s someone in the group who didn’t actually agree the first time around. This exercise offers a low-pressure approach to getting juicier, more unique ideas on the table.

2. Dissension is not negativity.

That brings us to our second point: the value of dissension. Many times, we value the peacemakers among us. It’s natural to gravitate toward and want to work with those who agree with our way of doing things. Unfortunately, this is also the quickest way to cut ourselves off from fresh new ideas. Think, for a moment, about how you feel about the team members who always have an alternative viewpoint or question the way things are done. Do you feel irritation? Maybe you think of them as troublemakers, agitators or just plain difficult. In actuality, they could be your most valuable decision making asset.

Jonah Berger, the author of Invisible Influence, suggests the idea of a “designated dissenter.” This is a team member whose job consists of disagreeing with the rest of the group — playing devil’s advocate even when they agree with the majority. The designated dissenter points out holes, brings forward alternate ideas and, ultimately, frees those in the group who actually hold an opposite opinion to speak their minds. By choosing one designated dissenter at the top of each meeting, you can guarantee unique viewpoints will be heard and discussed.

Note: A designated dissenter’s main goal is not to question the “why,” but the “how.” When your end goal has been agreed upon, it’s up to the DD to help discover alternative ways to get it done. The “why” discussion should have happened at a higher level, before the “how” discussions began.

Even in an organization that discourages groupthink, invites dissent and welcomes lively debate, committees and boards of directors still exist. But they don’t have to be roadblocks to innovative thinking. The key lies in constructing boards that exist to encourage innovation, not rein in or police new ways of thinking. Organizations can and should focus on building boards that are focused on more than growth and numbers. Boards should realize that new growth doesn’t come directly from last quarter’s growth but is built on new ideas and approaches.

This requires rethinking what a board of directors is and does. Consider what it would be like to choose a board of directors based on their ability to think differently and to value innovation, not money or connections. While the board — or any committee — should be honored, heard and respected, they should function in an advisory capacity, not as the be-all, end-all decision making. Your existing board probably functions as a cargo freighter, designed to stay the course and travel established trade routes. This is fine. But sprinkle in some rocket ships — those thinkers and innovators who will always find a new way and question the status quo.

Let’s end where we began, with that innovator, questioner of the status quo, and certified “rocket ship,” David Ogilvy. He also said, “Talent, I believe, is most likely to be found among nonconformists, dissenters, and rebels.” And by hiring these people and engaging them in our decision making processes, we’ll find the freshness that moves businesses, people and ideas forward. And that’s something we can all agree on.