When It Comes To Branding, Never Waste A Crisis 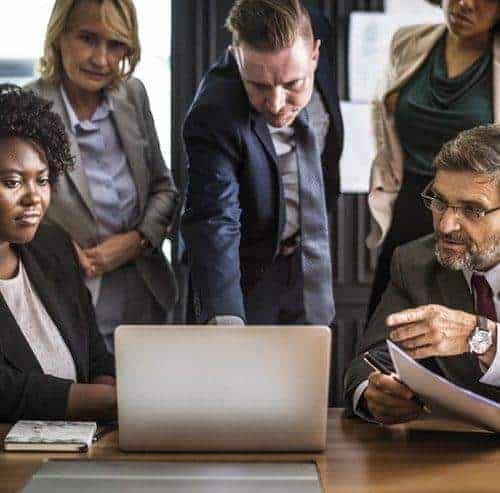 We spend a lot of time in business mitigating risk in the hopes of avoiding a crisis. Industry challenges, failures of our business model, unforeseen costs, a catastrophic human error and the list goes on and on. In fact, the entire industry I operate in, strategic communications, is based entirely on our ability to calculate risk and deal with it, whether the client is a company, a nonprofit or a public figure.

So, what happens when a crisis comes calling despite our best efforts?

The short answer is a lot, but we can get a little more precise than that by drilling down on just one important element: recognizing that a crisis is a significant branding opportunity, if handled properly. Don’t waste it.

I’ll give you an example. Several months back, a client I was working with was facing significant false attacks over one of the thorniest issues out there: healthcare. We had to chart out the strategy for action, figure out the right message to communicate that strategy, determine all the ways we wanted to deliver that message and then move swiftly. As part of the effort, I took to Twitter to echo the message, promote news coverage that was highlighting our approach and keep driving the story forward.

That’s when the trolls came after me. More false attacks. Cynical judgments of our motives. Obscenities not fit for the fine online presence of Forbes. It can be hard to judge success in moments like that, but breaking it down is instructive.

If you’d read the news coverage by the end of the day, you’d have said that we had fought our way back into the middle of the ring with coverage that was fairly down the middle. We’d spent time talking about that issue rather than what we set out to do that day, but at least we’d taken the issue back and driven fair coverage — a relatively clear victory.

If you’d read the comments on Social Media — my client’s, mine or the allies we had out there echoing it further — you’d have thought we were going down in flames. It might have been better, based on online responses, if we’d just let our first round of critics punch us in the face and let it go.

But another thing was happening. That first day, I picked up a string of new followers on Twitter. As the issue grew in importance and my messaging continued, so did the surge in followers. Within a few days, I had acquired more than 100 new followers — many of them like-minded, judging by the content on their feeds.

The point is not my Social Media (which I have kept fairly circumspect on in deference to clients) but what it demonstrates. The fact of the matter is that a crisis is a proving ground, a moment in the arena when everyone is watching. It is an inflection point not just in terms of whether you handle the crisis itself properly, from an internal standpoint, but also in terms of how you act when everyone is looking at you. React poorly and you’ll go down; react well and you may just win some support.

Social Media is just one way to see this because public reaction is so evident. Just as the many vocal Twitter trolls attacking our message were accompanied by many more supporting us, the same is often true on other platforms.

Read the comments on the Facebook profiles of any public figure or prominent brand and you’re likely to see some serious vitriol (even if they have a robust and effective strategy for counteracting it — a good topic for another day). But you’ll also see that, in many cases, where there is an effective Facebook strategy (again, a good topic for another day), the number of shares and likes far out-paces the number of negative comments. In other words, a larger, silent majority is endorsing a message that a vocal minority is condemning.

So, yes, we’d rather avoid a crisis. And yes, we’d rather not talk about a crisis if there is one. But in those situations where crisis comes calling, remember never to waste it. How do you make sure you don’t? Here are just a few tips:

• Good communications planning before a crisis is a must. Know your message and the personnel and processes that can help deliver it, so that they are in good working order when a crisis hits.

• Share good information with your team. To make good decisions, you and the people advising you need good and complete information. Bring in professional people and arm them with the full picture internally as you chart out a strategy. Surprises are bad.

• Find a way to drive the narrative. The best way to do this is to have a truthful, substantive message (an announcement, or answers to questions or version of events) that will shed light and make news. A crisis is a feed-or-be-fed-upon situation; feed the media and public something legitimate and you can begin to alter what is being said.

• Warning: Measure twice, cut once. The old carpenter’s adage is important — get your story straight with all the facts and make sure you present something truthful that you can stick to. Sometimes new facts come to light, but every shift or change can damage your credibility. Try to get it right the first time.

Sometimes there is no getting around the way a crisis will challenge your systems, or make it difficult to provide good information or leave you subject to changing circumstances. In those cases, your response may be more drawn out and tortured than you’d like, but by recognizing the opportunity a crisis presents and taking these and other steps, you can do better than you would have if you were caught flat-footed. Remember, your customers are watching whether you like it or not.

Five Tips For Marketing In The Age Of Uncertainty