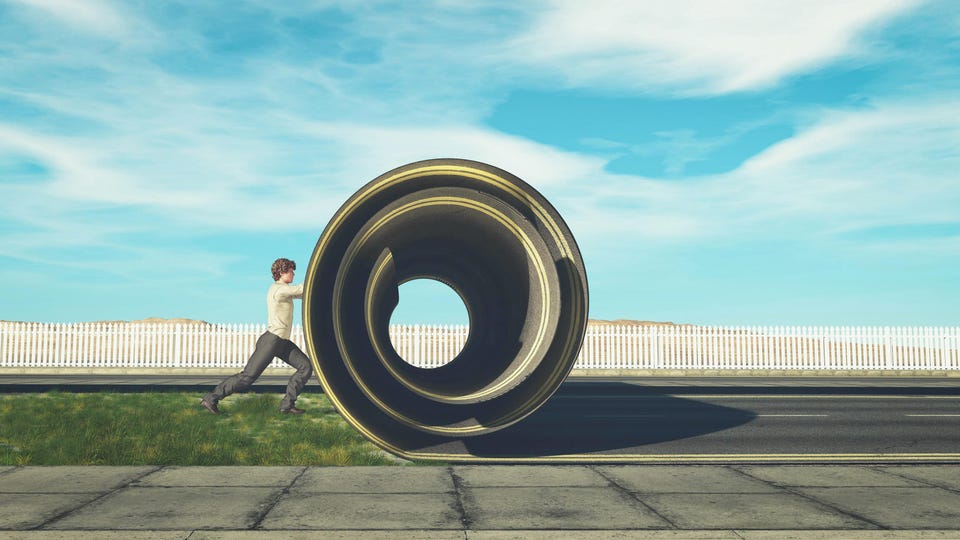 Founder of Dixon|James Communications and Rebranding Experts, the only firm purposely designed to rebrand organizations successfully.

As we finish each year, our team of brand strategy, creative and execution experts identify trends in rebranding that will have an impact on the practice in the coming year. We believe that rebranding is not just a logo and visual identity makeover but standing up an entirely new brand that includes a new corporate or product name. Last year produced several great examples that will surely shape 2023.

Business and work/lifestyle changes brought about by the pandemic seem to have driven many companies to rebrand. There were several large-scale corporate rebrandings in 2022:

• General Electric separated into three different companies: GE Healthcare, GE Aerospace and GE Vernova. The latter will focus on renewable energy, power, digital and energy financial services. Vernova “is a combination of ‘ver,’ derived from ‘verde’ and ‘verdant’ to signal the greens and blues of the Earth, and ‘nova,’ from the Latin ‘novus,’ or ‘new,’ reflecting a new and innovative era of lower carbon energy that GE Vernova will help deliver.”

• Anthem rebranded to Elevance Health, combining the words “elevate” and “advance” to herald its move to a broader focus on whole-person health.

Even hotel rebrands have soared post-pandemic as operations hit hard by the slowdown of travel either exchanged hands or retrofitted their properties to meet new traveler tastes.

Did you know that countries rebrand? With the death of Queen Elizabeth II, the United Kingdom is replacing the monarch’s image with that of King Charles III on bank notes, flags and more.

The country Turkey chose to change its official name from the anglicized version to Türkiye, requiring updates across businesses and the national airline. Now the country’s challenge is getting other countries to acknowledge the change.

Apparently, rebranding a country to change perceptions is nothing new, according to The Week, citing Upper Volta’s name change to Burkina Faso, and the Kingdom of Swaziland’s change to the Kingdom of Eswatini.

One of the reasons companies and organizations rebrand is due to external pressures, which make their brand irrelevant, socially out of date and, to some, distasteful. Highlights in 2022 include the state of Illinois rebranding the invasive Asian carp to copi to make them marketable to restaurant chefs and diners, murder hornets becoming northern giant hornets, Harry Potter’s quidditch becoming quadball due to author J.K. Rowling’s anti-trans position, and the World Health Organization renaming monkeypox as mpox because of the name’s racist overtone.

Even individuals are renaming, including Florida Gators quarterback Anthony Richardson, who distanced himself from his “AR-15” nickname. AR-15 is composed of his initials and football uniform number but is more commonly known as the name of the semi-automatic rifle used in many mass shootings.

The retreat of many global brands from Russia following its invasion of Ukraine set off a series of interesting name changes, demonstrating the awkwardness of translation. After McDonald’s sold its Russian franchises, the new owner reopened the restaurants under the name “Vkusno i tochka,” which translates to “Tasty and that’s it.” Krispy Kreme’s former Russian franchisee rebranded as “Krunchy Dream,” which sounds like the doughnuts are getting stale.

Amid heightened tension over the removal of abortion protection in the United States, a popular morning-after medication rebranded as Julie to adopt a more friend-like positioning to appeal to Generation Z.

Clearly, Americans are becoming more accustomed to rebranding of all varieties and accepting that names change for good reason.

With financial support from different Christian organizations, a $100 million advertising campaign was launched to rebrand Jesus in early 2022. The “He Gets Us” campaign, according to Christianity Today, “will target millennials and Gen Z with a carefully crafted, exhaustively researched, and market-tested message about Jesus Christ: He gets us.” It’s been reported that the campaign will run two ads during what will likely be the most-watched event in 2023, Super Bowl LVII.

• Expect more rebrandings. With growing public familiarity with the strategy of rebranding and changing names, more companies that might have been on the edge will likely have great faith in making a rebrand decision to make them more relevant. Food and Beverage Insider reports that the beverage sector continues to see growth in diet soda sales after an industrywide rebrand to “zero sugar.”

• Coined names, created by mashing together pieces of other words with relevant definitions, seem to be on the rise. Disemvoweling words, the creative technique of removing vowels in brand names to create a more modern sound name, remains popular. Examples include MVMT watches and abrdn, the U.K.-based investment company. Both of these naming approaches can make the trademark process easier, which we saw become lengthier during the pandemic.

• Simply rebranding isn’t enough. Your name change requires a dedicated marketing campaign and high-profile public appearances to capture eyes in this increasingly media fragmented world. Showing up on the Super Bowl telecast will share Jesus’s message with an expected 100 million or more viewers.

Those considering rebranding in 2023 no longer need to “proceed with caution” as previously thought. Rather, “proceed smartly with a strong strategy, great creativity and an exceptional execution” is the rallying cry for the year.

Forbes Agency Council is an invitation-only community for executives in successful public relations, media strategy, creative and advertising agencies. Do I qualify?

Is TikTok The New Doc?