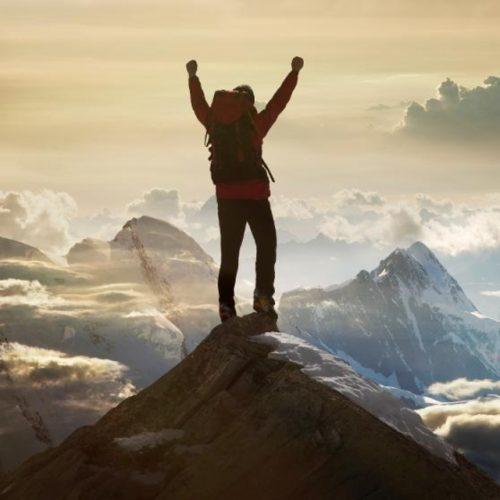 Are You Willing To Make Sacrifices For What You Want?

Do you want to know the secret to getting more things done? Figuring stuff out? Becoming more successful? Here it is: you’ve gotta want it! Before you roll your eyes at my generic and overused phrase, let me explain what I mean by “you’ve gotta want it.” I’ve repeated this phrase so much in the office that it’s become a running joke. But it is something I seriously believe in.

In fact, after someone comes up to me and says, “Jonathan, I want it, but I can’t figure it out.” I always respond, “You’ve gotta want it more!”

“You’ve gotta want it” is more than just the face value of the phrase; it is a mindset and the willingness to make tradeoffs. Everything in life is a tradeoff.

It is up to each of us on a minute-by-minute, case-by-case basis to decide if whatever we’re doing is worth it. I believe we can do almost anything if we desired it badly enough. For this to happen, it requires us to make tradeoffs. This means making the tradeoffs of our time to learn, perfect and master a new task.

For example, say it is a new skill you are wanting to learn. To become successful at this new skill, you’ll have to want it badly enough to put in the time to learn the skill. Let’s be honest: No matter how much you wish it were different, there are only 24 hours in a day for everyone. So this means that while you are learning a new skill, you are going to have to not do something else. See, tradeoffs.

If you are wanting to open a pickle jar but can’t seem to muster the strength to open it, you can get angry (my move), find a creative way to open it, or care enough to ask someone else to do it for you. Either way, you have to want it. Anything you are wanting is possible if you put in the time, effort and focus. The issue is that, at the end of the day, people just don’t think the tradeoffs or the effort is worth it. They don’t want it badly enough, and that is okay. It is okay to decide that something — that a trade-off — is not worth it. It is okay to say no. Start saying no to things so you can focus more on what you do want to be focusing on, and on mastering each and every single thing that you do.

Whatever it is you desire — whether it is more clients, a job promotion, time freedom, financial freedom, or anything at all — you’ve gotta want it. In order for you to actually see those things happen, you have to put in the time and effort that is needed to reach and exceed that goal you have in mind. The tradeoffs have to be worth it for you to actually put in what is needed to make it happen. So, my question is: Do you want it?

AI's Role In Influencer Marketing, And How To Identify The Right Platform