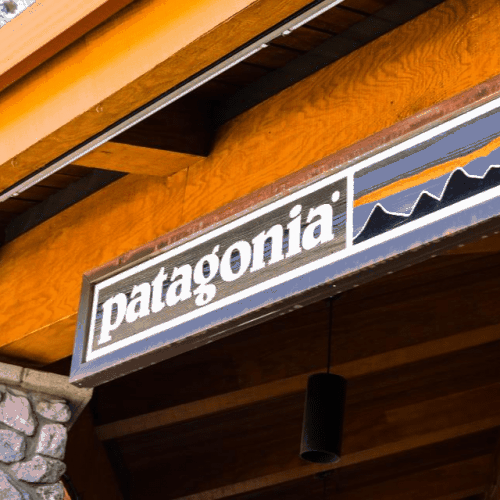 We spend a lot of time at our agency analyzing shopper behaviors so brands can meet the demands of their target audiences. We are keeping a close eye on trends from this past holiday season. Black Friday is a litmus test for shopper confidence, but sneaking in behind this crazy day of consumerism was something big: a report on climate assessment, released by the U.S. Global Change Research Program.

While many bemoaned the fact that such an important document was somewhat buried by shopping news, the report caught the eyes of many, including Patagonia, a brand that has long championed environmental issues.

Patagonia CEO Rose Marcario’s post on Linkedin caught my eye. She writes: “Based on last year’s irresponsible tax cut, Patagonia will owe less in taxes this year — $10 million less, in fact. Instead of putting the money back into our business, we’re responding by putting $10 million back into the planet. Our home planet needs it more than we do.”

Not only did this donation go directly to groups concerned with climate change and environmental sustainability, but it also has received quite a bit of attention from the media. This move is a tangible reaction by a leading brand to some pretty scary stuff. But will it do more than just benefit our planet? What about its impact on Patagonia’s target audiences?

We explored this issue in an original study we completed earlier this year in collaboration with BuzzFeed. We wanted to see how many people actually made purchase decisions based on the political or cause-based actions of a specific brand. Are people choosing brands that support their own values? Brands have thought this to be the case for some time and have aligned themselves with various causes in order to hold on to the loyalty of an increasingly promiscuous shopper.

Our data showed that many shoppers — no matter their political leanings — chose brands for their quality rather than their beliefs. We also found that more than 65% of all shoppers choose brands that reflect their personalities. So, Patagonia is likely onto something here.

There can be a definite backlash for brands taking a political stand. If the move is not authentic to the brand, then consumers can see right through it. PepsiCo’s attempt to jump into the Black Lives Matter conversation last summer resulted in a pulled advertisement and a public apology.

There are many examples where jumping on political trends seemed a bit “off” and resulted in public outcry. We saw a lot of this during the 2017 Super Bowl ad blitz following the controversial 2016 election, with mixed results. Some consumers were pleased that their favorite brands took a stand, while others saw it as inauthentic and alienating. Ads in 2018 were decidedly more humorous and less political.

To avoid this kind of off-brand message, marketers should explore which issues align with existing company goals and values. Actions and messaging should support this position and, if possible, resonate with the brand’s customer base or potential customer base. Reaching consumers with passion and authenticity is key when getting involved in political or cultural issues.

For Patagonia, this recent large donation is very on-brand. In fact, the company’s mission statement is: “Build the best product, cause no unnecessary harm, use business to inspire and implement solutions to the environmental crisis.”

From the company’s thoughtful history and its current quest to find even more environmentally-friendly practices and materials, and all the way to the popular book Let My People Go Surfing, written by founder Yvon Chouinard, Patagonia has long represented its mission. This recent donation falls right in line with the company’s brand promise.

Patagonia is not alone in marrying social causes with a brand promise. One sweeping example of this trend is encompassed by B Corps. These are businesses that have been certified by B Lab, a nonprofit group that has set standards for things like transparency, social engagement and environmental protocols.

Some brands that have gone through the rigorous certification process include Ben & Jerry’s, New Belgium Brewing and People Against Dirty, which comprises two brands: Method and Ecover. These brands have a hyper-focus on their ecological promise. For example, method’s soap bottles are made primarily from debris recovered from the ocean. They’ve received a large following of loyal consumers due to their commitment to environmental and sustainably sound practices and products.

However, Method and Ecover were bought out by S.C. Johnson & Son about a year ago. It has been interesting to see how that purchase is playing out among their consumer audiences. Some environmental watch groups have even called for a boycott. Perhaps S.C. Johnson isn’t a good fit for the promise that these brands previously offered to their audiences.

Still, other brands are trying to win the loyalty of consumers through very transactional moves like special offers, deals or discount loyalty programs. They want to find ways to make the disloyal customer come back again and again. However, today’s belief-based shoppers are looking for more.

Making an investment that is more powerful and longer term — say, $10 million worth or becoming B Corp certified — creates a statement that goes far beyond a customer’s basic needs and that appeals to their beliefs. When a brand has a clear value system and supports those values through action, consumers take note.

How To Go Beyond Engagement To Entanglement