Five Things Most People Get Wrong About AI 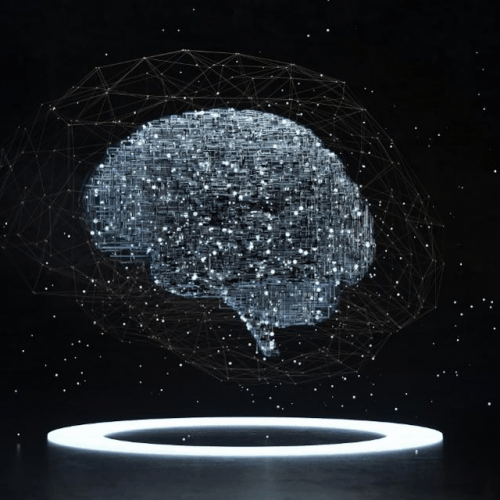 For better or worse, the term “artificial intelligence,” or AI, has become central to understanding the landscape of today’s technology and innovation. Despite that, its true definition and implications for the future remain misunderstood by many. Here, I explore five of the most prominent misconceptions around AI:

1. AI has one universal definition.

Because the term “AI” has grown to encompass so many different things — from voice assistants to self-driving cars to automation — it’s important to be clear about what type of AI one is referring to. One thing is for certain: Not all AI is created equal, and not all AI relies on the same core technologies.

For instance, Deep Blue, the supercomputer that was able to beat Garry Kasparov at chess in the 1990s, relied on vastly different technology from the program that beat world-class Go player Lee Sedol. Moreover, given that most organizations these days choose to focus on their machine-learning or deep-learning initiatives, it’s important to note the terms and nomenclature that the researchers themselves are using to describe their work. In many instances, companies are simply scratching the surface of what is possible with AI.

One of the biggest misconceptions I’ve noticed regarding AI and deep learning is the idea that it’s all hype, that there’s no substance behind the concept. This is far from being true and, in fact, one could argue that the public’s increasing fascination with deep learning is to blame. Very often, the instinct is to seize on one particular news item (a chatbot gone rogue, gender bias in an AI recruiting tool) and use that to extrapolate on the general state of the industry.

As a field, AI is constantly shifting. Techniques that people once staunchly championed frequently fall to the wayside, whereas concepts that first arose decades ago might quickly come back into prominence. As with anything else, there’s no strict linear progression.

Take neural networks, for example. Initially proposed in 1944, the technique has experienced intermittent changes in popularity, only to now become the backbone of many of AI’s most exciting developments. Neural networks are the reason that your phone is able to understand your speech, and that Facebook is able to identify your friends in photographs. It’s also the reason that companies have been able to develop increasingly sophisticated marketing tools that can not only better identify and target new clusters of consumers, but also determine appropriate ad spend and placement.

Finally, AI is both more advanced and less sophisticated than most people think it is. This sounds convoluted, but bear with me. The general idea is this: AI and deep learning can be used to do incredibly amazing things, like generating music or predicting the outcome of legal cases, as they are doing at the European Court of Human Rights. But it still has to be guided to get there.

Basically, AI programs need a lot of training and direction before they can start producing meaningful results. This relates to a larger point about the development of AGI: Not every AI or deep-learning algorithm is going to further our ability to create such a system. But they will play a substantial role in shaping our understanding of artificial intelligence in general.

4. AI will solve all of your business’s problems.

Don’t get me wrong, AI applications can be immensely useful tools to have in your business’s arsenal. But they’re not a panacea. For the most part, while AI tools as they exist today can be fairly powerful, there are limits to their applications. This is because most are developed to carry out a specific action or set of actions, such as responding to customer inquiries or diagnosing certain diseases. Their results might be incredibly accurate, but the underlying technology would not be easily transposed to another industry or task.

5. An AI algorithm can handle any information you throw at it.

AI algorithms are sensitive beasts, and as such, they need proper care. If you train them on bad data, then all of your results are going to be significantly off. Any data you feed into an AI algorithm has to be clean (that is to say, as accurate and complete as possible) to ensure the best possible outcomes. This essentially means that companies shouldn’t expect to just throw a ton of information into a neural network and get incredible results. Instead, there need to be internal processes in place that make sure the information going into the algorithm meets the correct standard.

Right now, we’re in an interesting moment in the evolution of AI. We’ve expanded the field to include new areas of inquiry, and the industry is teeming with intelligent and innovation-minded players. Whatever the next big breakthrough might be, it’s important to recognize how far we’ve come and how far we have yet to go.

13 Tips For Choosing The Best Tech Tools For Your Agency