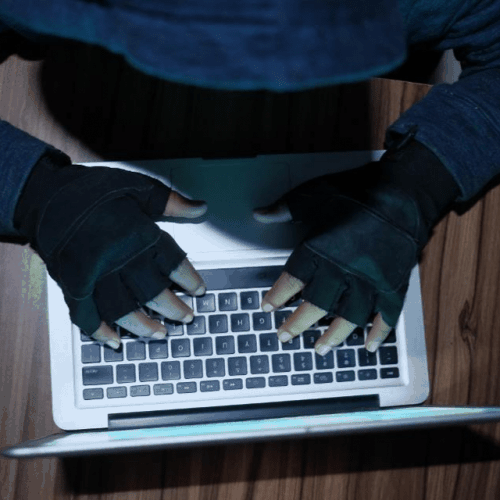 According to research, ad fraud caused an estimated $19 billion in losses to advertisers last year. It’s expected to reach $44 billion annually by 2020. That’s a lot of money. But what is worse — and often overlooked behind these numbers — is that thousands of reputable publishers have unintentionally deceived their readers, and hundreds of millions of unaware consumers have been unconsciously manipulated and compromised. The question becomes: What are the social implications of ad fraud? How many businesses have been ruined by it, and how many political elections have been distorted?

As CEO and president of an ad tech company, ad fraud is an issue we’re trying to help minimize. To fight and solve ad fraud, we must first understand its genesis. If you are a large advertiser and want to advertise on, say, a popular publication, it should be simple and straightforward. You get in touch with the publisher, buy the ad space, and start your campaign.

Unfortunately, it is not that simple due to the highly complex nature of the current ad ecosystem. If you are an advertiser and would like to advertise on a website (publisher), you need to work, at the bare minimum, with the following:

• A media agency that represents, at one time, in front of the advertiser, the ad space opportunities of multiple publishers (unless, of course, you have a well-developed in-house agency to cover this)

As you can see, the actors in the ad ecosystem are:

• Many and diverse, with multiple interconnections, and not necessarily direct (so an actor does not see all other actors)

All of this creates fertile conditions for a lack of visibility and transparency and, consequently, fraud. Moreover, for geopolitical reasons, information on actors that operate in certain countries is completely shielded. The existing privacy regulation (e.g., GDPR) is great for protecting privacy, but it often blocks information sharing and, therefore, visibility. The latter can potentially compromise the safety of the entire system.

So how do we solve ad fraud?

But there are other, less costly and more realistic measures that can dramatically boost our ability to tackle ad fraud.

First of all, we need to raise awareness of the magnitude of the ad fraud phenomenon and its causes and effects. Ad fraud is often overlooked or dismissed by policymakers and the public who don’t realize its impact on the global economy and society.

Another important step is the self-regulation of the advertising industry. By creating one global association, we could unite not only advertisers but also ad tech platforms, publishers, financial institutions, payment and hosting vendors, and internet providers to define strategies for dealing with ad fraud and setting common ad standards and requirements.

This would enable the whole ecosystem to establish a robust framework for data-sharing between ad tech platforms, mitigating the complexity of the ecosystem and facilitating faster and more efficient measures against known bad actors. Today, most ad platforms are dealing with fraudsters on their own. A global database of offenders would make these fraudsters’ lives a lot harder.

Optimize privacy legislation (e.g., GDPR) by balancing consumer privacy and consumer safety from ad fraud. The existing GDPR regulations require that some of the data is anonymized due to privacy restrictions (like the end user’s IP address), which makes it much more difficult to recognize and block fraudulent clicks.

I can also foresee the unification of many fragmented controllers and national ad regulators under one single global body, overseeing the chain of connections in the ad ecosystem. We have already seen successful examples of such global regulators (e.g., the International Telecommunication Union). Today, the ad ecosystem is fully globalized in nature, so the challenge of regulating against ad fraud requires a truly global approach.

And lastly, an ultimate solution to ad fraud could be the creation of a global ad blockchain, a distributed ledger of online interactions that unites all actors in the ad ecosystem under a single and open platform. This could drive transparency and detect and eliminate fraud nearly instantly. But that solution is still years away from being implemented in a meaningful way.

Ad fraud is not a new phenomenon by any means. It is as old as advertising itself. However, the digital revolution in advertising over the last two decades has led to an equally profound revolution in ad fraud, and this is something the majority of market players are still struggling to realize.

As the ad industry is still working on effective technical solutions for this truly global, multibillion-dollar challenge, the advertising community needs to work together as a team to minimize ad fraud’s negative impact on the world economy and our society.

Eight Ways Marketing Should Be Supporting Your Business Strategy

Harnessing The Power Of Nano Influencers