How To Stretch Your Ad Dollars During The Super Bowl 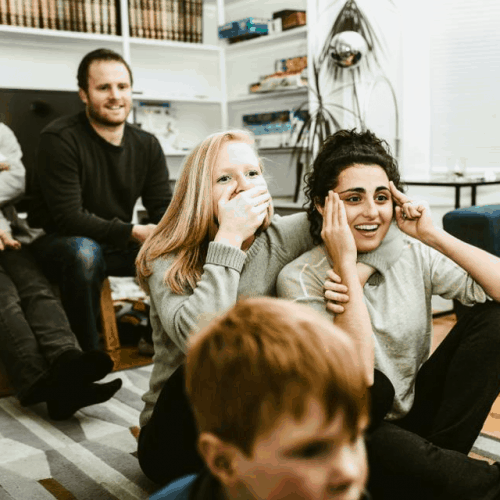 The Patriots have another ring, football season is officially over and Adam Levine may finally have put his shirt back on. Super Bowl LIII brought in nearly 100 million viewers, be they die-hard football fanatics, fair-weather fans or even those who only know Tom Brady because he’s married to a supermodel.

People get involved — really involved — when it comes to the Super Bowl. Memes are created, ads are discussed and controversial calls are debated. That’s why it’s no surprise that big advertisers shell out exorbitant amounts of money ($5.2 million on each 30-second ad type of exorbitant) to advertise during the game. But not everyone has that kind of money to shell out, so how can smaller companies capitalize on America’s favorite unofficial holiday?

Make Your Customers Do The Work For You

Let’s think back to the 2018 Super Bowl and the Skittles commercial — aka “the most exclusive Super Bowl ad ever.” Instead of paying $5 million for a 30-second spot that would reach 100 million viewers, Skittles sparked desire and urgency by creating an “exclusive” ad that would only be shown to one teenager from California. It was a genius PR stunt that didn’t cost a lot of money but generated tons of press and interest.

The key here is to encourage the masses to get interested in your brand. To do so, you must create some sort of excitement that fosters engagement. Here are some ways to do this:

User-generated content (UGC) is an incredibly effective way to market your product. It’s more influential than brand videos and photos because it embraces authenticity. Additionally, it’s extremely cost-effective since it’s your own consumers that are the ones creating the content. This also means they’re bringing in their own audiences, which helps increase your brand awareness.

The Ice Bucket Challenge is a perfect example of extremely effective UGC. The social media challenge went viral and helped to raise awareness for ALS, while also generating over $100 million from nearly 3 million donors.

More than 70% of social media users seek out UGC before making big purchase decisions. These days, consumers look for purchase validation from sources other than the brand itself.

Encourage your consumers to post photos or videos of themselves using, wearing or incorporating your product through some sort of contest. Incorporate a catchy hashtag, and ask your followers to tag some of their friends or followers to expand your reach even further.

Referral marketing can be extremely effective when it comes to sales and conversions. It’s essentially just people purchasing products based on someone else’s opinion or influence. It works for several reasons. It’s better targeted because people know what their friends and audience are into better than you do. It’s convincing because, like UGC, users trust other people’s opinions more than they do a company’s promise. And it’s far-reaching because social media posts travel insanely quickly and can reach large numbers of people almost instantly.

Deliberately encourage your customers to tell their friends about your brand/product. Offer enticing incentives for those who introduce their friends to your brand. You could even incorporate some of the UGC content mentioned above.

For example, run a contest that rewards the best post from your fans or the most creative post/hashtag, and have them tag 10 friends on the post. This incentivizes your followers to share the benefit of the contest reward with their peers. This can not only create stronger engagement and loyalty from your existing customers but will bring more eyeballs and visibility from their followers, friends and connections.

One thing to note is that referral marketing gets harder as your company grows, so be ready to either hire an expert or use a referral app once your company gets to a certain size.

Viral videos are everywhere, especially with social media making it incredibly easy to watch and share content. Incorporating this tactic into your marketing arsenal has many advantages. It’s low cost, has a potentially huge reach if done correctly and is non-invasive, allowing consumers to make the decision to participate.

Dollar Shave Club is a great example of this. The company launched a YouTube video of its CEO to promote the brand. It was simple, honest and genuinely funny. Needless to say, it went viral and landed the company 12,000 more subscribers. Take a page from their book, and try your hand at viral marketing. But just make sure it’s authentic, well-thought-out and an honest representation of your brand. Consumers can smell a phony from a mile away.

Producing and executing effective ads, especially during peak times like the Super Bowl, doesn’t have to cost you a pretty penny or all the pennies. Create content that inspires conversation and entices consumers to share. Or even have your consumers create the content for you. There’s no right way to make an ad and market your product. Smaller companies can easily take advantage of big pop culture trends by getting creative and incorporating their communities.