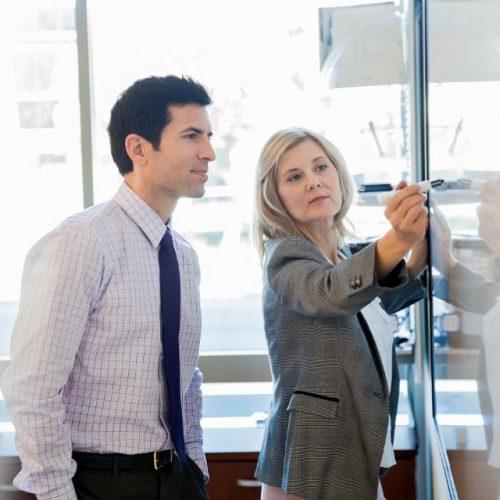 At the risk of dating myself, my first job in marketing was in the late 80s, when I worked for a company that facilitated the use of direct mail campaigns for targeted audiences. We knew that in order to effectively market a product or brand, we had to target the right audience with the right offer and that our return on investment had to be measurable.

We were able to develop compelling creative and offers, select targeted audiences to mail and measure the impact of the mailing. If a consumer received a direct mail piece, there was a unique code on it that tied a transaction back to that person. It was simple.

As marketing evolved, though, measurement became more challenging. Advertisers were using multiple communication channels to meet marketing objectives, and not all of them were able to be measured. There’s a reason the phrase “spray and pray” became linked to digital advertising. Audiences weren’t targeted, and campaigns couldn’t be measured. But it was very common to think that digital campaigns were driving response, and many budgets shifted from direct mail to digital. Without the ability to measure, though, how could an advertiser know? In many cases, determining the return on investment of a digital campaign was subject to interpretation.

By the late 90s, digital advertisers were able to precisely target and measure, allowing digital channels to be critical parts of the media mix, and we soon learned that response couldn’t be solely attributed to one channel. Instead, it was the combination of outreach across channels that was responsible for the response and drove the best response.

Over a century ago, John Wanamaker, the founder of one of the first department stores in the United States, is believed to have said, “Half the money I spend on advertising is wasted; the trouble is I don’t know which half.” Measurement is critical to understanding which half of the money is being spent wisely. So how can we accurately assess today which advertising channels are worth keeping in the mix? There’s no one right answer and no one right way to attribute sales across the various channels.

Some common attribution methods include:

1. First touch: The first impression, or the first ad viewed, is given the credit for the response.

2. Last touch: The last impression, or the ad viewed immediately prior to the response, is given the credit for the response.

4. Fractional allocation: Weights are assigned to different campaigns such that each ad viewed will get some credit for the response, but it won’t be an even distribution. Some examples of fractional allocation methodologies include:

• Time decay attribution: Several touch points are taken into account, but more credit is given to the touch point closest to the sale than the earlier touch points.

When considering the complexity of the consumers’ path to purchase and the variety of channels and devices being used on this journey, an attribution model that takes into account multiple touch points will likely be most effective — if the data and resources are available to support the effort. With some channels — email, web-powered direct mail and display — the metrics are available to determine whether a consumer interacts with an ad. For others — TV and radio — metrics may not be available. But remember: Just because you can measure the interaction a consumer has with a channel doesn’t make the channel more effective. It just makes it measurable.

As you consider which attribution method to use, ask yourself these questions:

• Is this attribution method one that I can manage internally, or is it something that may need to be outsourced? Methodologies like first touch and last touch are relatively straightforward and likely can be executed internally.

• If managing internally, do I have enough analytic resources available to support a more complex cross-channel multivariate attribution model?

• If outsourcing, can I easily make the data needed available to my partner? For more complex attribution models, do I have access to the data needed, or does a third party “own” that data?

When all is said and done, marketers usually need to be able to evaluate whether and when a particular marketing channel is contributing positively or negatively to the overall campaign objectives. But instead of trying to determine which channel is driving the greatest result, ask what combination of marketing channels will drive the greatest return on each incremental dollar spent — because it’s no longer just one channel driving the action.

ABM: How To Compete When Everyone Has The Same Strategy