Should You Give Your Problem Employee Coaching Or A Pink Slip? 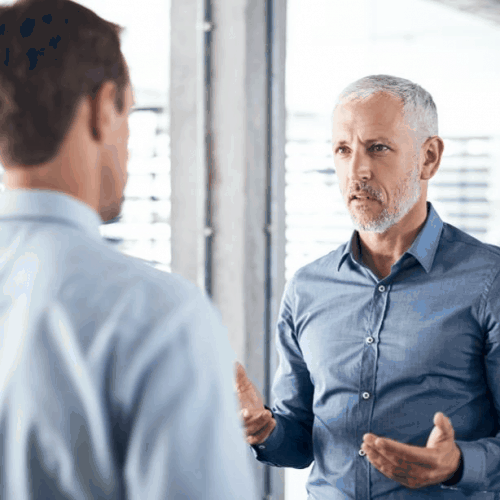 As a communication coach, the first thing I do when I get “the call” from a company executive requesting help for an employee is ask a series of questions. It’s my litmus test. I want to get a sense of whether the coaching will be a genuine effort to boost the performance of a high-potential professional, or a last-ditch, box-checking effort to say “we tried everything” before firing the person.

If it’s the former, a genuine effort to support the person’s career, I’m all in. It’s a no-brainer, and the work is rewarding for both coach and coachee. If it’s the latter, a last-ditch effort, I don’t usually want the engagement. In those cases, minds are often made up, and the company is struggling to take action.

How does it reach this point, though? It’s not uncommon for hiring decisions to be made almost solely on the basis of hard skills like financial acumen, a particular degree or certificate or writing or design skills. But it’s also not uncommon for job performance to unravel based on soft skills, like time management, teamwork or communication skills. Ironically, hard skills are easier to teach than soft skills and, when they’re lacking, hard skills provide a more clear-cut reason for termination than soft skills.

So, when you have an employee with amazing hard skills, how do you decide when to provide coaching support for soft skills or when to hand them a pink slip? Let’s use my three litmus test questions as a basis for your decision making:

1. Can you share a few examples of how the employee’s communication skills have been a problem?

I’ve found that this question reveals stories that paint a more complete picture of what’s going on. And when you take the time to think about these examples, it can help you assess the situation for yourself.

For example, “He’s the guy in meetings who takes up all the air,” tells me there’s an issue with organizing thoughts before speaking, being considerate and audience-centric and/or needing to hold court (otherwise known as arrogance). As an employer, you don’t need a coach or consultant to help you unpack this — you probably know what the issue is. Coaching can address the first two, but let’s be honest, no one is likely able to fix the third.

As another example, “Even though she has great ideas, she doesn’t speak up in client meetings and it’s affecting our firm’s relationship with the client,” tells me there’s either a general confidence issue, a fear of being wrong or disagreed with and/or this is a talented, introverted person in the wrong role. Again, coaching can address the first two, but the third needs to be reconciled on a management level.

2. Have you given the employee feedback? If so, how many times, and have you seen any improvement?

Usually, the answer is “yes,” and usually, feedback has been given at least a handful of times before I get the call. What comes next is the more telling part: If the employee has received feedback more than once but there’s been no noticeable change, not even the perception of an effort, then I would tell you that coaching has minimal chances for success.

If, however, the employee has received feedback and you see attempts to improve but they’re not successful or enough, then coaching is worth a try. Keep in mind that a coach has far less leverage than a boss (think: paycheck), so if the employee hasn’t shown some initiative to try and do better after receiving feedback from their boss, then you may not want to make an investment of time and money in a coach.

3. Does this employee seem open to coaching?

This is where it gets interesting! The answer is always a resounding “yes,” or so I’m told. But many times it’s a “yes” under duress. Sometimes the employee will sound pleased and relieved, possibly because they thought they were being called into your office for the last time. Sometimes the employee will offer a confident and optimistic, “Yes, thank you for this opportunity, I’d love to give it a try,” which might sound promising but who knows? The sweet spot is the employee who acknowledges there’s been an issue they haven’t been able to correct on their own and seems resigned to, but accepting of, outside help.

However, caveat emptor! I recently had a CEO call me about a talented and valued employee who “loved the sound of her own voice and monopolized every meeting.” When I had gathered the insight I needed from the first two questions and got to the third, the CEO’s answer was, “Yes, and she gave me your name!” I fell for it. I scoped out what the coaching engagement would look like, the CEO accepted it and then she met with her employee to greenlight the process and have her reach out to me. Nothing — no word from the employee. The CEO was perplexed, and I was fooled.

When your frustration with an employee’s performance has been simmering and then reaches a boil, it’s real. I sympathize. It can affect you and those around you in terms of morale, motivation and productivity. Still, before you grab the phone to call a coach, whether a communication or executive coach, let “cooler heads prevail” and use these litmus test questions to find out if you genuinely want to salvage the good that’s there or whether you need to accept that it may be futile.

How To Turn Failures Into Actionable Next Steps

The Marriage You Can't Afford to Break: Sales And Marketing