Six Signs It Might Be Time To Hire A Freelancer 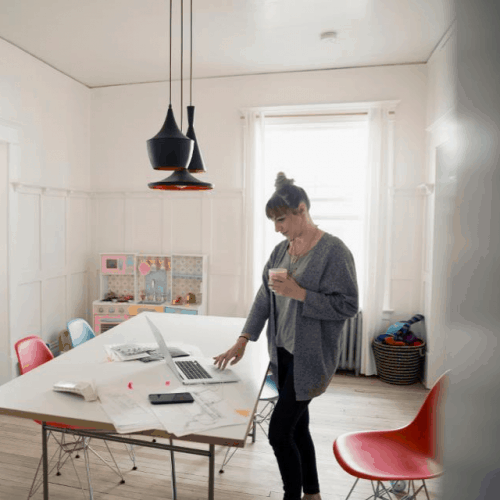 In June alone, nearly a
quarter-million new jobs
were added to the
booming U.S. economy
, bringing the total number of employment openings to over 7 million, based on figures from the
Bureau of Labor Statistics
.

Interestingly, some companies are turning to freelancers rather than hiring hourly or salaried permanent employees.

And it makes sense: utilizing freelancers in place of a conventionally constituted staff can, in most cases, allow a company to take greater advantage of the growth and profit potential inherent during times of prosperity. For example, freelancers reduce overhead since, as independent contractors, they’re obliged to provide their own health insurance and other benefits.

Still, despite those pluses, the decision to enlist freelance help can be a tough one to make. Freelancers have autonomy, so you can’t oversee and direct their activities the way you would with a staffer (even if your freelancers work from your office as opposed to their homes, which is the norm). And, owing to their independence, freelancers might not feel as strong of an emotional connection to your brand as you’d like.

So, how do you know when hiring a freelancer is the right course? In my experience of matching freelance marketers to businesses, it might be time to seriously consider recruiting one or more of them if you find yourself in any of these boom-time situations:

1. You can’t keep pace with orders.

If you can’t keep pace with orders because you don’t have enough people to do the work, you could hire more full-timers. But those 7 million-plus employment openings I mentioned? Companies back in June were able to fill only about 75% of those slots. Reasons for the inability just now to reach full labor capacity are many. But the commonality is it’s tough to recruit during a booming economy (which typically amounts to a worker’s market).

If this sounds familiar, locating and enticing freelancers to join your team can be an easier solution, especially because they have fewer constraints in deciding whether a work opportunity is one they can afford to accept. For example, freelancers can work from anywhere in the world, so relocating isn’t likely to be a consideration for them.

Freelancers can precisely fill those gaps. For example, if all you require is someone to write Facebook ads, a freelancer who specializes in that type of work can spare you the trouble of hunting for candidate employees capable of excelling at more than just that one function. Also, you might find that the pool of freelancers — which spans the world, as noted above — is vastly larger than that of permanent employees (who normally are drawn from locales much nearer to you).

3. You landed a major but short-term project.

It’s so big, in fact, that you require an extra set of hands belonging to someone with possibly unique knowledge or talent. The problem is that, when the project ends, you won’t have anything else productive for this individual to do. It’s likely that not many people looking for a permanent position would be interested in hiring on with you only to be discharged months or perhaps just weeks later. A freelancer, on the other hand, understands that one-offs go with the territory.

Maybe your marketing team has lost too many key people. Or possibly the members of the team are burned out. Whatever the explanation, you’re no longer coming up with the cool, winning ideas that once sent your company soaring. One or more marketing freelancers added to your creative department could provide just the freshness and energy boost it needs to get its groove back.

5. You lack the capital to expand.

If you’re tight on capital and your lines of credit are tapped out, you may not be able to afford to hire the employees you need to drive expansion. Freelancers make it possible to build a dream team on the cheap. While it’s true that some freelancers can be as expensive as any full-time permanent employee, the majority of them aren’t. However, if you hire a freelancer because money is tight, make sure you’re upfront if payment will be delayed. In my experience, many are willing to wait 30 to 90 days to get paid (which can give you some financial breathing room if money’s tight).

6. You find yourself yearning to replace employees failing to make the grade.

Getting rid of poor-performing or otherwise problematic permanent employees can, in many instances, be difficult due to protections they enjoy under the law. You may have to go through arduous procedures of fair notice and due process before you can actually swing the ax. Not so with freelancers. Don’t like the job they’re doing? Kick them to the curb. That indy who’s running your YouTube channel screwed up? He’s gone in 60 seconds. Ultimately, because freelancers are so easy to fire, you reduce your risk of getting stuck with rotten apples.

The opportunities for growth during boom times like these are abundant but can prove daunting to capture enough hands on deck. In some cases, like those above, hiring freelancers can be a good business move for any company thirsting for more flexibility.

How <a href="https://tunedupmedia.com/social-media-marketing/">Social Media</a> Can Make Or Break Your Business's Reputation