The Power Of Having A Growth Mindset Versus A Fixed Mindset 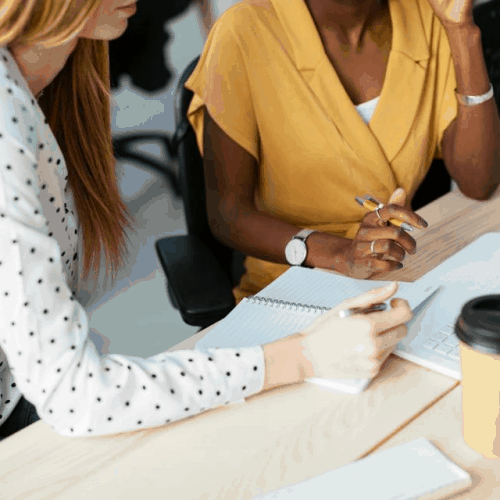 My sales manager recently held an impromptu meeting with the team. In this meeting, he went over the power that a positive mindset can have on a person’s life. As I sat back and listened along with my sales team, I took notes and decided to look into the concept of mindsets from a psychology standpoint.

According to the dictionary, “mindset” is defined as “the established set of attitudes held by someone.” The mindset of an individual will determine their success in all avenues of life. A positive, open mindset that promotes learning and evolving will give you a higher chance of success. A negative, close-minded mindset that refuses to allow change can dwindle your chances of success. It is all about your attitude.

Dr. Carol Dweck has studied the role that mindsets play in life for a majority of her career. Through her studies, she has come up with two basic mindsets that people fall into: a growth mindset or a fixed mindset.

A growth mindset is a mindset that allows information to flow through. People who have a growth mindset tend to be more positive. They understand that intelligence can be developed and added to if needed. They embrace challenges and view them as opportunities for growth.

Those with growth mindsets know that effort is what will lead to learning, and will often learn from criticism from their peers. People with growth mindsets find stories of the success of others to be inspirational. All in all, those who have a growth mindset feel freer in life. They understand that they are in control of who they are as a person, and what they do in life. You can see this quite easily in business: the salesperson who is searching for ways to overcome obstacles instead of excuses; the manager who reads and strives to be a better leader. These types of people not only acknowledge their shortcomings but understand that they can improve.

A fixed mindset lies on the opposite side of the spectrum. Whereas growth mindsets allow information to flow through, fixed mindsets have a hard time learning from experiences. They feel that people are either intelligent or unintelligent, with no real ability to change.

As such, they make a point to appear to be one of the intelligent out of insecurity or fear. The fixed-mindset individual will often avoid challenges to save face or give up easily once they have faced resistance. They view the effort as discouraging and pointless, and will most often ignore useful feedback, writing it off as negativity.

While fixed mindsets aren’t necessarily mean-spirited, they can feel threatened by the success of others, and not take part in celebrations for their peers. Fixed mindset people can reach success, but rarely past a certain point. They almost never achieve their full potential, as fear, insecurity, uncertainty, arrogance or discouragement prevents them from doing so. They have a very one-dimensional view of the world, and often do not understand why others view it differently. The salesperson who refuses to train and thinks that they are good as they can get; the manager who barks orders and yet doesn’t feel that there is another way to lead. These people view their situation or circumstance as permanent.

It’s obvious that a growth mindset is a preferred mindset for everyone, in any profession. But how do you change your mindset when it has been the same for a lifetime? Bad habits die hard. Shifting your mindset to one that is more positive is much easier said than done. It can, however, be done.

By consciously reminding yourself to think more positively, a fixed mindset can become a growth mindset over time. I believe that one of the biggest issues is a lack of confidence. It is important to understand that the words that you say to yourself are crucial in determining the words that you will say to others. Don’t be afraid to acknowledge your imperfections, but don’t dwell on them. Do not allow your mind to bully you.

Henry Ford once said, “Whether you think you can, or you think you can’t, you’re right.” That being said, you can’t grow by running from your own weaknesses. Hiding from the monster does not make it go away. You have to meet your weaknesses head-on before you can learn how to strengthen them. Don’t be afraid of failure, and don’t tear yourself down, or else you won’t be able to build yourself up.

Instead, look for failure. Try the thing that you aren’t good at. Try something that you’ve never tried before. Failures are opportunities for self-improvement. Fail often, and you will learn often.

If you have a growth mindset, stay the course. Don’t let the world distort your outlook on yourself, and on life. If you have a fixed mindset, take the steps necessary for shifting your paradigm. When you shift your pattern of behavior, you will change your life.

How To Advance Your Career Without Going Back To School

How To Create An Agile Customer Experience Platform