Vulnerability Is Not A Weakness, It’s Core To Effective Leadership 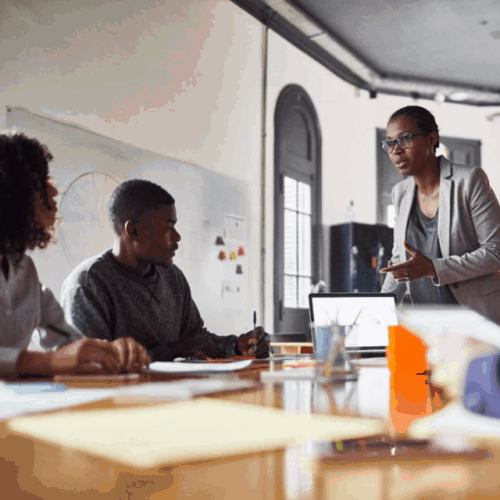 Can leadership and vulnerability truly coexist? Unfortunately, there is a long-held belief in most societies that vulnerability is a weakness. It’s associated with uncertainty, trepidation or timidity. But I’d argue the most authentic and inspiring leaders among us are in fact the most vulnerable.

By definition, vulnerability implies a state of being fully open and accepting, often times at the risk of being physically or emotionally wounded by criticism or other penalties. However, it is in this place that we can begin to understand the benefits of vulnerability. Researcher Dr. Brené Brown of the University of Houston found that: “[i]n our culture we associate vulnerability with emotions we want to avoid such as fear, shame, and uncertainty. Yet, we too often lose sight of the fact that vulnerability is also the birthplace of joy, belonging, creativity, authenticity, and love.”

The confusion surrounding vulnerability as it relates to leadership is visible when we understand what people constitute as leadership. As a society, we are sometimes confused about what true leadership is and many times blinded by what is considered success. We have many self-imposed labels and stereotypes that are continually created and perpetuated in social media and the opinions we share. But many of these stereotypes are fueled from a place of ego, not leadership.

What Is True Leadership?

Let me first paint the picture of the perceived relationship between leadership and success. In politics these days, whoever yells loudest is our “leader.” In sports, it’s our winning team. In business, it’s the richest person. In entertainment, it’s the most famous movie star. The list goes on and on. We associate success and leadership with material accumulation or specific goal achievement.

In his book Authentic Leadership: Courage In Action, well-known author, researcher and teacher Robert W. Terry, put it well: “We scrutinize leaders; we ignore leadership. We confuse those in positions of leadership with the process and content of leadership.”

When we look at supposedly successful people, we rarely describe them as “vulnerable.” We often see someone who has done what they need to do to get to the top, accomplish goals, make money or attain a political seat. We consider them successful leaders … but are they?

Don’t get me wrong, some of them are. However, I want to clarify what makes a leader and why it is important for other entrepreneurs, business leaders, parents, mentors and friends to take notice.

A true leader starts from a place of vulnerability, and to be vulnerable is to be courageous and authentic. In fact, Dr. Brené Brown famously said in one of her TED Talks, “… vulnerability is our most accurate measurement of courage.”

A recent dissertation from Seattle Pacific University, Vulnerability in Leadership: The Power of Courage to Descend, examined the relationship between courage and vulnerability. It found that because vulnerability comes with great risk, courage is a necessary component in the vulnerability equation. It also found courage in leadership was linked to “ethical and pro-social behavior in followers, follower empowerment, and more courageous behavior exhibited by followers.”

Authenticity, which is at the core of vulnerability, is also a key value in building trust. When leaders are authentic, they are open and honest about their values, beliefs and mistakes. They are also willing to show emotion instead of hiding behind a mask. Therefore, it is nearly impossible to be an authentic leader without being vulnerable. It is through this authenticity and willingness to be courageously vulnerable that teams are able to flourish and thrive.

Vulnerability Is At The Root Of Connection

In an analysis of the data collected from thousands of interviews, Dr. Brown also found that the root of social and human connection was vulnerability. Yet, this is a trait we’re taught to keep behind closed doors. We are taught that we must hide our vulnerability in order to portray an image of competence, confidence and authority.

In fact, study after study reveals that humans can subconsciously register a lack of authenticity in a matter of seconds simply by looking at someone. We will follow another only when we believe they are authentic and feel genuinely understood and valued. Thus, true leaders are born through respect, inspiration, connection and empathy. They have a strong sense of self and can remain grounded in their own core values while still being in tune with the needs and desires of those around them.

True leaders take criticism and feedback even from their harshest critics with an open mind. They aren’t singularly focused on achieving their goals, but rather following what is right and creating opportunities for themselves and others. They don’t have all the answers, but they are always open to listening and letting others be heard. They don’t fear uncertainty or failure because they know that’s where creativity, innovation and progress live.

It’s through this way of being that they create a culture of courageous leaders among their teams. Authentic leaders start from a place in which they want to get to know themselves better to positively impact others.

So, as we show up as entrepreneurs, mothers, fathers, coaches, neighbors or in whatever capacity we lead, the most important thing to remember is to be authentic and surround yourself with individuals who embrace vulnerability. It is through this vulnerable leadership that we have the courage to face the fears of an uncertain future and confront reality while remaining positive.

And as Dr. Brown put it, “Vulnerability is the absolute heartbeat of innovation and creativity. There can be zero innovation without vulnerability.”

The Death (And Revival) Of An Agency Power Player