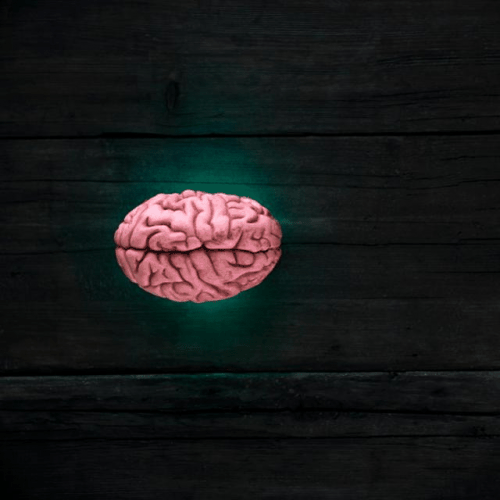 What is neuromarketing? It’s a question many marketers still don’t know the answer to. Maybe it’s because the question has several answers. Appropriately so, as it involves our ever-expanding understanding of how the brain works.

In short, neuromarketing is a field that applies brain-based research to everyday advertisements and marketing messages. As the owner of an agency focused on applying marketing research and brain science to digital marketing campaigns, my goal today is to explain how the field of neuromarketing is organized, how it works and how it relates to ethical business.

Inside the first circle in our Venn diagram lies the world of traditional marketing. This is the realm of David Ogilvy, Madison Avenue and (more recently) Seth Godin. This is the circle most people think of when the word “marketing” is mentioned.

It’s well-researched; it works, and it has become well-entrenched. Just take a quick glance at the Forbes Global 2,000. The biggest companies in the world use traditional marketing to reach more people with unique and valuable messages.

Our second circle contains the fields of study focusing on the brain. This primarily includes behavioral economics, social psychology and neuroscience. The names to look out for in this world are Dan Ariely, Daniel Kahneman and Amos Tversky. More recently, researchers such as Robert Cialdini and Daniel Pink have helped these fields step into the limelight.

When an institution such as Duke or Cornell initiates a research study on the brain, it publishes its research somewhere like The Journal of Applied Behavioral Science. Those studies are used by the medical profession and other researchers. From a marketer’s point of view, however, those findings stay hidden from any form of practical application.

Over the past several years, medical imaging technology has enabled us to generate detailed pictures of what goes on inside our brains. More specifically, functional magnetic resonance imaging (fMRI) and electroencephalography (EEG) have gotten so detailed that we can generate time-lapse photography of the brain’s inner workings.

Despite the obvious primary use of this technology in diagnosing illness and disease, a byproduct of having this visualization of our minds has given researchers a goldmine of data. Researchers are beginning to understand exactly how our minds work. With one fMRI scan, we can see blood flow to various regions of the brain responsible for things such as excitement, fear, fight or flight response, and desire.

At The Center: Neuromarketing

The field of neuromarketing cannot exist without all three of these circles. Traditional marketing provides the field-tested methods and much-needed intuition that drives some of the most compelling marketing we come across today. And yet, with an increasing level of institutional research and detailed brain imaging, those methods have now been put to the test. Some have been debunked, and others have been supercharged.

This field has flown under the radar for years, primarily due to the lack of significant research and accurate data. Now that the third circle has begun to tell us if someone will indeed buy something when they say they will, top agencies (and by extension, top companies) have been using neuromarketing to garner more sales. As early as 2008, Campbell’s Soup conducted a neuromarketing study to determine whether to update its labels. In 2014, the Shelter Pet Project conducted a study (registration required) to decide what commercial would have the deepest emotional impact on viewers.

These studies are all being fueled by an arms race by large marketing conglomerates to build a war chest of neuromarketing tools that will help give clients a leg up on the competition. The Shelter Pet Project study was one of the first case studies released by Nielson’s Consumer Neuroscience division, and market research powerhouse Kantar Millward Brown conducts thousands of facial coding studies every single year. And that’s just the beginning.

The top criticism I can offer is that neuromarketing turns statistically significant brain research into diluted applications of that same research. How can one expect to perfectly translate clear laboratory findings into marketing campaigns facing millions of people?

The short answer is this: The world is not a laboratory, and it never will be.

Humanity is ever-changing and ever-evolving. There will never be a static, unmoving definition of what motivates us, what makes us happy or what makes us want to buy something. It’s as pointless a venture to prove that one particular neuromarketing campaign was caused by one well-documented mental pattern as it is to debunk the neuromarketing field as pseudoscience. Following the data will only overwhelm and confuse us.

Fortunately, there’s an easier method of determining whether a neuromarketing campaign works: sales. If you have a profitable campaign, you have what you need. Period.

Which leaves us with one final question:

In 6,000 B.C., farmers realized that if they grew one crop in a field for too long, it would stop growing well. So, they tried replacing it with a different crop, and all of a sudden, things started growing again. This was the birth of crop rotation, which evolved into what’s now the fertilizer industry. What was once an intuitive, little-understood practice turned into a well-documented scientific discipline.

Neuromarketing is yet another example of science following intuition. For years, marketers have developed intuitive and methodized ways to make emotional connections with people they want to sell to. It’s simply taken this long to understand the science behind that intuition.

With this in mind, you can decide on the ethics of using neuromarketing in business. On one hand, we are planting seeds in the same soil we’ve always planted in, and we now simply have a better understanding of how to grow the biggest crops. On the other hand, the stakes are higher when we move from matters of dirt to matters of the human mind. Simply put, it’s now our responsibility to plant the right seeds.

Road To IPO: Key PR Strategies For A Successful Journey