Will Self-Regulation Be Enough To Keep Ad Fraud Legislation At Bay? 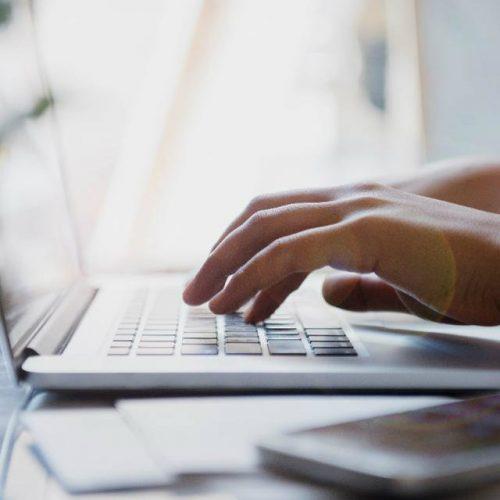 Is 2019 destined to be the year in which the menace of ad fraud finally makes the front pages of mainstream media around the world? With the vast sums of stolen money involved — Juniper Research reported $19 billion in 2018, while others believe this is a conservative estimate — it’s perhaps surprising that it isn’t already a bigger story. But now, a serious momentum is beginning to grow around the issue, with both law enforcement agencies and political figures becoming increasingly engaged with it.

For instance, the FBI is currently involved in a number of investigations into media buying practices and were partly responsible for cracking the so-called “3ev” ad fraud scheme last November. And Senator Mark Warner, the vice chair of the U.S. Senate Intelligence Committee, has been pressing the Federal Trade Commission to do more to tackle the problem, most recently in response to the exposure of another major fraud ring making hundreds of millions of dollars.

This might set alarm bells ringing for fraudsters who, for the most part, have been allowed to act with impunity up until now. However, it should also be a wake-up call for an online advertising industry that turned a blind eye to a plethora of dubious practices and created an ecosystem in which bad actors have been able to thrive.

As the industry comes under greater scrutiny and increased pressure to crack down on fraud, this apparent complicity over the past 10 years or so will not go unnoticed. The question is, what can the industry do to make amends ahead of the ad fraud can of worms spilling open? Will self-regulation be enough to stave off legislation, or will the industry find itself subject to the type of stringent laws that the financial sector must now comply with?

Perhaps the main reason that ad fraud hasn’t already hit the broadsheet headlines is because, as far as the public is concerned, it’s a victimless crime. So, what if X% of Coca Cola’s advertising budget is being siphoned off by click bots and fake publishers — isn’t it just their bad luck if a multi-billion dollar corporation hasn’t been careful enough with its money (assuming, of course, it even realizes it’s been defrauded)?

Of course, ad fraud is far from a victimless crime. Just as the reckless practices of the financial industry threatened the world’s economy following the 2008 crash, so it is that ad fraud is helping to fund new existential threats in the form of terrorism and election-rigging. The money made by black operatives online has the potential to impact all of our lives, not just the bottom line of those companies being stolen from.

It’s a truth that not only legislators are starting to wake up to — certain parts of the advertising industry have also begun to acknowledge the scale of the problem and how far it reaches. For example, the Joint Industry Committee for Web Standards (JICWEBS) aims to provide the industry with a means to demonstrate self-regulation. As it says itself, “If we don’t do this, the government may look to impose legislation.”

This isn’t just scaremongering; a recent publication from the U.K.’s House of Lords, Select Committee on Communications, states, “It is in the interests of the whole industry to take greater steps to self-regulate through independent third parties such as JICWEBS … If businesses fail to do so, the Government should propose legislation to regulate digital advertising.”

It is only when a problem has become too big to ignore (i.e., when it potentially has wide-ranging consequences for a significant proportion of the population) that legislation is introduced. It is an act of last resort when an industry has failed to properly police itself and protect its customers. Nobody wants legislation to be brought in — often, not even the legislators — because for both sides, it is time, resource and cost-intensive. And in the digital age, it also tends to be ineffective, with online criminals quickly finding ways around it or already ahead of its reach.

So, what can the industry do to prevent legislation being imposed on it that nobody actually wants? Self-regulation through the likes of JICWEBS is certainly an important step forward, but the industry not only needs to be seen to take the problem seriously, but it also has to do something about it.

Just as organizations that handle large quantities of other people’s money, such as banks and insurance companies, are required to have chief security officers sitting on the board, so should advertising agencies trusted with budgets of billions of dollars look to make similar appointments, with a chief verification officer in place to oversee the accuracy and legitimacy of the online services they’re providing.

Advertising groups also need to open themselves up to third-party oversight, whether it’s allowing professional auditors to look for any financial irregularities in the figures they’re providing to clients or working more closely with dedicated experts in traffic and data verification.

And yet, the industry still drags its feet over such measures. For many agencies, the problem is a technical one that they don’t really understand, while for others, they simply don’t want to admit the problem exists for fear of a deluge of clients demanding their wasted budget be returned. The unfortunate truth is that many agencies are content to wait until the legislators force them to change the way they work because at least then they can charge on the cost of new procedures and increased manpower to their long-suffering clients.

In this current scenario, legislation, for all its faults, is inevitable. The best the industry can do is continue to push for as much self-regulation as possible and for bodies such as the Interactive Advertising Bureau (IAB) and Media Rating Council (MRC) to seek the ear of legislators and attempt to influence the nature of the regulation to be introduced in the hopes that the industry doesn’t find itself hobbled as a consequence of its own inaction.

How To Create An Agile Customer Experience Platform